POEMS OF PETRARCA, LAMARTINE AND MARIO MIGUEZ
TRANSLATED AND ADAPTED BY ENRIC BENAVENT

END_OF_DOCUMENT_TOKEN_TO_BE_REPLACED

The encounter of Spaniards with the cultures of the American continent following its discovery was one of the most significant intercultural phenomena of the modern age. The Spaniards took the features of Spanish culture to the Americas, impregnating the indigenous and autochthonous cultures of that unknown universe with it. They carried our language and our songs, which very quickly brought an intercultural contagion and blend to the local songs with those differing idiosyncracies. While they certainly bore our songs, they also returned with the indigenous counterparts of those people, recorded in their hearts and in their memory, infected and infecting themselves mutually in an inevitable process of imitation where the mixture would produce the richness of interculturalism.

END_OF_DOCUMENT_TOKEN_TO_BE_REPLACED

Interview in the inner courtyard of the hotel.

Surrounded by plants, the chirping of birds in the background and the tranquility of the charming hotel Masía La Mota. Ideal scenario to talk and get carried away by words, as we have done with Marisa Blanes, “a girl from Alcoy researcher and pianist”.

Several notes we have played with her: her career in front of the piano, the musical research, the ambitions, the special energy of her and her sisters … All this in a kind conversation in which we could not resist and we have accompanied her with her music background in the video.

“We are very mentally restless,” he confessed during the most intimate part of the interview when talking about his sisters, Carolina and Georgina Blanes, who left us in 2015. With humility, he commented that although it could be a reference to the piano nationwide , “that is not the most important”. The authors Alcoyanos Luis Blanes, Carlos Palacio and Amando Blanquer, with snacks in the house of the latter, have not been lacking in conversation. We do not reveal more, because if every musical work needs to be listened to from beginning to end, this interview deserves to be seen as well.

The alcoyan pianist has presented a book about Carlos Palacio. Marisa Blanes is one of the most solid values of the Spanish piano. In addition to his important concert work, Blanes stands out for his investigative side, especially of the alcoyans Amado Blanquer, Luis Blanes and Carlos Palacio . 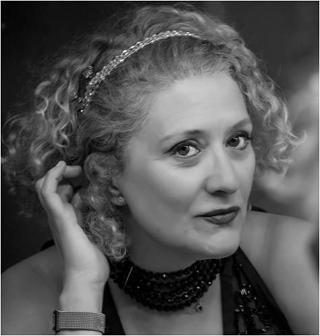 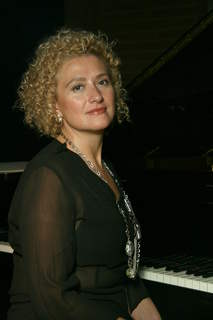 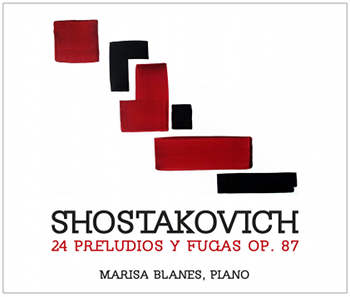